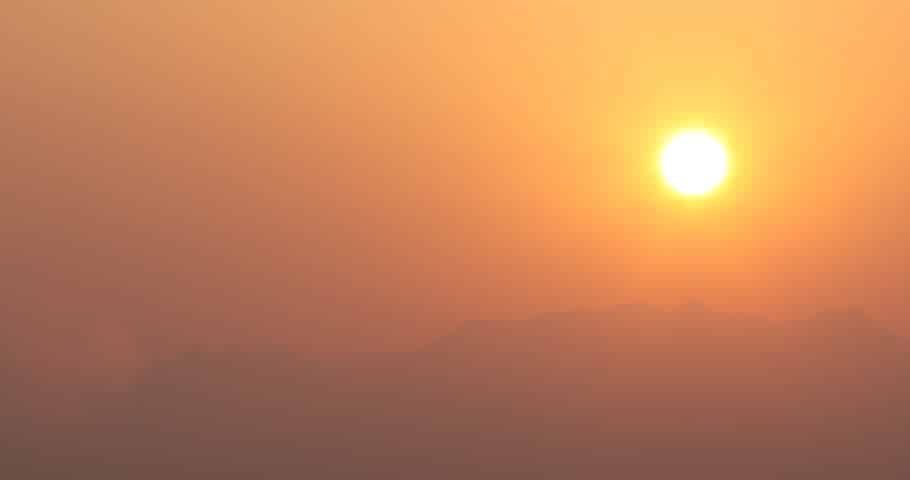 According to the World Economic Forum, the demand for solar panel installations is booming. Solar power companies install 1000 football fields worth of solar panels every day worldwide.

Solar energy production works better in areas with low pollution levels. The reasons as obvious, fewer pollutants in the atmosphere makes it easier for the sun’s rays to penetrate through to the earth. As we move to renewable energy, the air should become cleaner. And this will make solar power generation easier. Solar panels will absorb more sunlight and produce more energy. It becomes a domino effect.

As we move to solar and other renewables, they become more efficient thanks to the cleaner atmosphere. The results are more savings and higher output from your solar installation.

3 – We could power the entire earth on solar.

An area the size of Spain covered in solar panels would generate enough power to satisfy the world’s energy needs. That would remove the need for all other forms of renewable and non-renewable energy sources. Spain is a big country, but it doesn’t even account for 1% of the earth’s landmass.

But we need not pick one single location. Think about all rooftops, wasted spaces, and desert areas we could use for panels. This is a reality we might soon be experiencing.

Manufacturing of Solar PV creates some environmental pollution, of course. Until we can 3-D print panels in space using space matter as materials, we’ll need to use the earth’s resources to build panels. However, once built and installed there is a negligible impact on the environment from solar panels.

No moving parts, no noise pollution, no emissions, and no need for fuel besides the sun’s rays.

5 – Contaminated or unsafe water can be converted to drinking water with solar power.

They call the system Solar Water Disinfection (SoDis). This form of water purification only works with biologically (bacteria, virus) contaminated water and not water contaminated with industrial pollutants or chemicals. Further treatment steps are not needed. And the process does not pollute the environment. The potential for cleaning water in rural areas is huge

6 – The largest battery ever built is solar powered.

The world’s largest battery, built by Elon Musk, CEO of Tesla, is located in Australia. The battery’s capacity is 100mW and Tesla built the entire unit in 100 days. The battery can power 30,000 homes for an hour.

Rumours of Tesla plans to build “The world’s biggest battery” in the UK using up to a million solar panels, have been reported in the press. But Tesla denies the rumours, for now. However, someone is putting plans in place to build a new solar battery in Kent that will be three times as big as the Australian solar battery.

The future is sunny for solar power as advances in technology help to reduce costs, improve output, and enable easier installations of panels. We can expect solar energy facts to blow our minds as humans leave behind polluting forms of energy for clean, green, renewables. We’re betting on solar and we think you should too.

If you are interested in installing solar panels then fill out the form below and one of our team will get in touch with you to see how we can help.